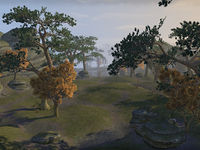 Menevia is the central region of Stormhaven. The city of Wayrest in the southeast takes up roughly a quarter of the region. To the north are the Pariah Abbey and Cumberland's Watch, and the region extends as far west as the At-Tura Estate. The Alcaire region borders on the west, while the Gavaudon region is to the east. 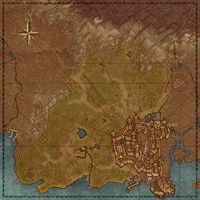 A map of Menevia
Retrieved from "https://en.uesp.net/w/index.php?title=Online:Menevia&oldid=2398366"
Categories:
Hidden categories: