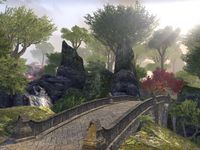 Vafe is the northern region of Auridon. It extends from the Bewan, Dawnbreak, and the College of Aldmeri Propriety in the south up to the northern tip of the island. The city of Firsthold is in the northern area, and the Vafe Dolmen is just south of that. The region of Calambar is to the south. 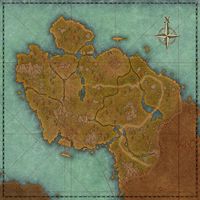