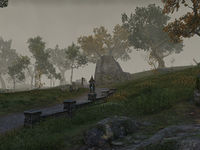 King's Guard is the northern region of Glenumbra. Crosswych in the northeast is the only settlement of note. The majority of King's Guard's residents are either dead or undead - the cemetery of Cath Bedraud and the Burial Mounds take up the majority of the region. The King's Guard Dolmen lies in the northwestern corner, northwest of Cath Bedraud. To the east is the pass to Stormhaven, and the Cambray Hills border on the south. 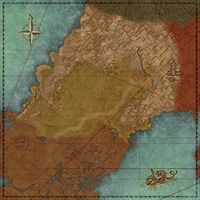 A map of King's Guard