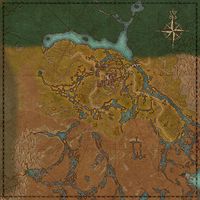 A map of the Reticulated Spine