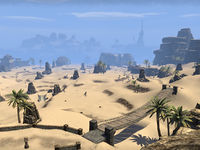 The Hollow Wastes are the central region of the Alik'r Desert. Also known as Hallowed Wastes, it forms a narrow strip from Tava's Blessing on the north coast, through Leki's Blade and down to Bergama in the south. The Hollow Waste Dolmen lies in the northern region, southwest of Tava's Blessing. It is bordered on the west by Myrkwasa, and on the east by Tigonus. 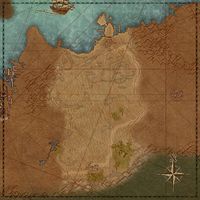 A map of the Hollow Waste
Retrieved from "https://en.uesp.net/w/index.php?title=Online:Hollow_Wastes&oldid=2398162"
Categories:
Hidden categories: