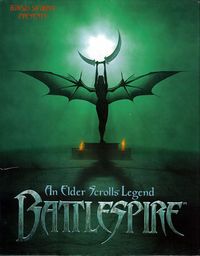 An Elder Scrolls Legend: Battlespire is a spin-off of the Elder Scrolls franchise and the only game in its series. Battlespire was originally conceived as an expansion to Daggerfall, but evolved into a standalone game. The action takes place within a single multi-level dungeon, the Battlespire, where the player is sent to investigate some unusual events. It was also the first Elder Scrolls game to feature a multiplayer option.

Battlespire is available for download from GOG.com and Steam. The Steam version does not include multiplayer.