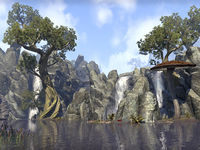 Lagomere is the central region of Deshaan. It is the seat of Morrowind's capital city of Mournhold, also the seat of the Tribunal Temple. It also contains the academy of Shad Astula to the northwest. The Lagomere Dolmen is located across the river south of Academy. To the south is the border gate to Shadowfen in the Black Marsh. Stonefalls borders on the north, but there is no border crossing here. To the west is the region of Redolent Loam, and Siltreen borders on the east. 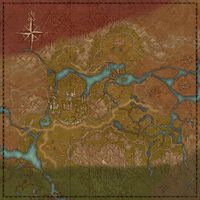