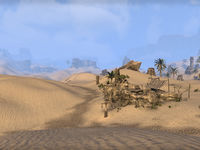 Myrkwasa is the western region of the Alik'r Desert. It is dominated by the city of Sentinel, which occupies most of its northern shore. The ruins of Tu'whacca's Throne are on the eastern border, with the Myrkwasa Dolmen just to the south. The Hollow Wastes region borders to the east. 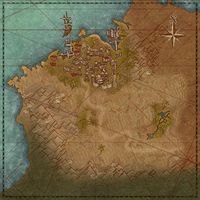 A map of Myrkwasa
Retrieved from "https://en.uesp.net/w/index.php?title=Online:Myrkwasa&oldid=2398413"
Categories:
Hidden categories: