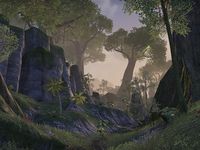 Green Hall is the northeastern region of Grahtwood. It includes the capital of Elden Root, and extends to the northern border with Reaper's March. The Reliquary of Stars sits on the western border, and the Ossuary of Telacar is on the southern border, just south of the Green Hall Dolmen. The region of Tarlain Heights lies to the west, while the Long Coast is to the south. 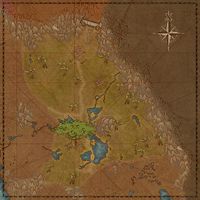