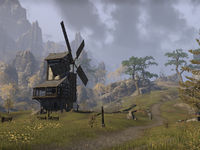 Westmark Moor is the southeastern region of Rivenspire. It includes the towns of Fell's Run and Hoarfrost Downs, but not Moira's Hope to the south. The Westmark Moor Dolmen lies at the southernmost point, just east of the border with Eyebright Feld. The Boralis region borders to the north.

A troll named Garden-Gulp stands in a ruin outside. Across from the cave is a broken statue with the lorebook The Doors of Oblivion, Part 2 at its base. (map) 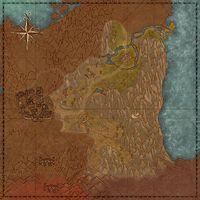 A map of the Westmark Moor
Retrieved from "https://en.uesp.net/w/index.php?title=Online:Westmark_Moor&oldid=2643492"
Categories:
Hidden categories: