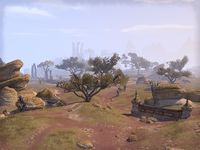 Jodewood is the southern region of Reaper's March. It contains the city of Rawl'kha, but not S'ren-ja to the east. From there it extends to the southern tip of Reaper's March, all the way to the Grahtwood border. The Moonmont catacombs and the Do'Krin Monastery are located in the western part of the region, with the Jodewood Dolmen just up the river to the north of the Monastery. It is bordered on the west by Malabal Tor, though there is no gate this far south. The Northern Woods and Dawnmead regions form the northern border. 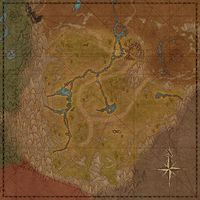 A map of Jodewood
Retrieved from "https://en.uesp.net/w/index.php?title=Online:Jodewood&oldid=2398229"
Categories:
Hidden categories: