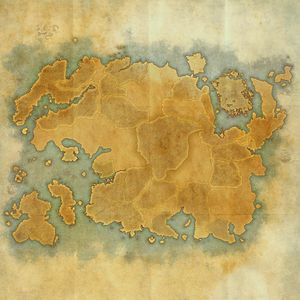 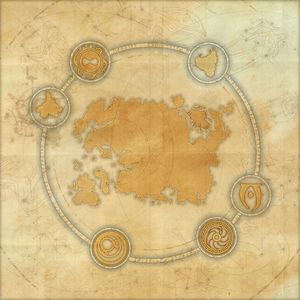 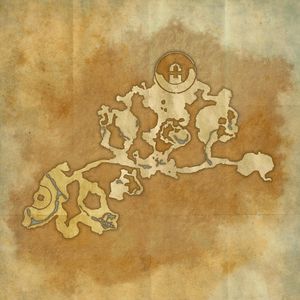 Zones are playable areas of the world in Elder Scrolls Online. Unlike recent single-player entries in the series, the world is not one continuous map, and is divided into several separate regions which cross the borders of the traditional Imperial provinces. The base-game zones are divided by Alliance, with five to each Alliance as well as one or two starter zones, which are further divided into three Subzones each. Cyrodiil is one zone, much larger than the others, divided into three larger-than-normal disputed territories. There are also a number of zones which are considered politically neutral. Chapters and DLC have added additional zones outside of the core Alliance territories, some of which are split into multiple Regions.

While the term "zone" usually refers to the Overworld Zones listed above, any location with its own loading screen is technically a separate zone. This includes Dungeons and a number of other places encountered during exploration or questing. Most of these locations are found "within" one of the Overworld Zones, but some are completely separate, and are considered "Unzoned".