Reaper's March, at one time known simply as Northern Valenwood, is a region connecting the jungles of Valenwood and the rolling plains of Elsweyr. Home to the cities of Arenthia and Dune as well as some Ayleid ruins, it is a unique mixture of Bosmer and Khajiiti culture. The senche-tiger native to the area is known to the locals to have mystical, almost magical alchemical properties. 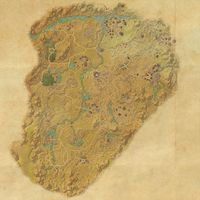 A map of Reaper's March

This Elder Scrolls Online-related article is a stub. You can help by expanding it.
Retrieved from "https://en.uesp.net/w/index.php?title=Online:Reaper%27s_March&oldid=2501797"
Categories:
Hidden categories: