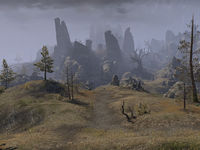 Eyebright Feld is the southwestern region of Rivenspire. It includes the city of Shornhelm, and Crestshade to the west. It also includes Moira's Hope in the east, but not nearby Hoarfrost Downs. The Eyebright Feld Dolmen lies southwest of Crestshade in the westernmost portion. To the south is the gateway to Stormhaven. To the north is the Boralis region, while Westmark Moor borders to the east. 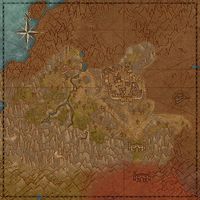