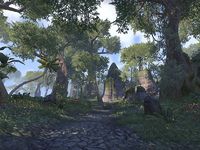 Tarlain Heights is the northwestern region of Grahtwood. Gil-Var-Delle and the Redfur Trading Post lie in this region. The west is bordered by Greenshade, while the north borders with the southeastern corner of Malabal Tor. The Tarlain Heights Dolmen lies near Goldfolly in the east. It is bordered on the east by the Green Hall region, and the Long Coast lies to the south. 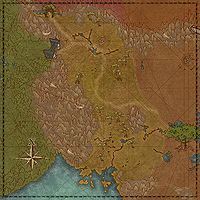