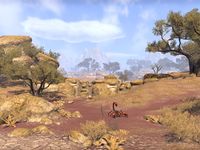 Dawnmead, with Dune in the distance

Dawnmead is the northeastern region of Reaper's March. It extends as far south as S'ren-ja, and also includes the city of Dune and Fort Sphinxmoth to the north. The Dawnmead Dolmen is just west of the fort. On the northeast corner is the gate into contested Cyrodiil. The Northern Woods border to the west and Jodewood is to the south. 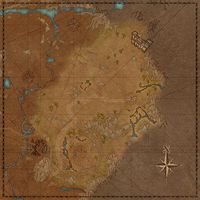 A map of Dawnmead
Retrieved from "https://en.uesp.net/w/index.php?title=Online:Dawnmead&oldid=2501799"
Categories:
Hidden categories: