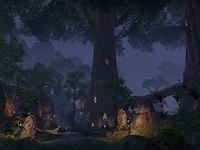 Cormount is a town in northern Grahtwood, north of Elden Root. Cormount is situated in the northeasternmost corner of Grahtwood. The Northern Elsweyr Defense Force daily quests can be picked up along the side of the road heading northwest from Cormount. Zahari mans their station. A chest can spawn behind Zahari's platform, near a hostile spider. 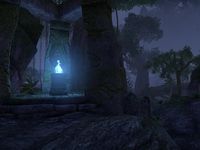 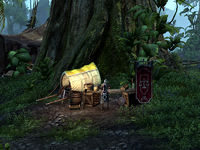 Cormount Wayshrine is situated to the south-southwest of Cormount, on a marked trail. The Star-Eyed Stall, a guild trader kiosk run by Nirywy, can be found just to the northwest of the Wayshrine.

This Elder Scrolls Online-related article is a stub. You can help by expanding it.
Retrieved from "https://en.uesp.net/w/index.php?title=Online:Cormount&oldid=2407705"
Categories:
Hidden categories: