The UESPWiki – Your source for The Elder Scrolls since 1995
< Elder Scrolls Online: Places: Stormhaven / Crypts / Delves
Jump to: navigation, search

Once the favored burial site of the elite of Stormhaven, the Menevia Catacombs were abandoned, along with Menevia Abbey, after the Ghost Harrowing of 2E 307. The vaults were renamed the Pariah Catacombs when the Spirit Wardens re-opened the nearby chapel as Pariah Abbey. 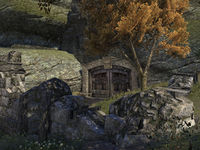 The Pariah Catacombs are a tomb just south of the Pariah Abbey in Stormhaven containing goblins. Originally called Menevia Catacombs, the tomb was the favored burial place for the elite of Stormhaven, but was abandoned along with Menevia Abbey following the Ghost Harrowing of 2E 307.

Explore and clear the Pariah Catacombs. 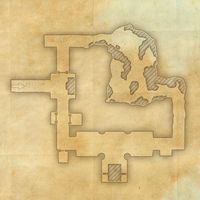 A map of the Pariah Catacombs

This Elder Scrolls Online-related article is a stub. You can help by expanding it.
Retrieved from "https://en.uesp.net/w/index.php?title=Online:Pariah_Catacombs&oldid=2398515"
Categories:
Hidden categories: