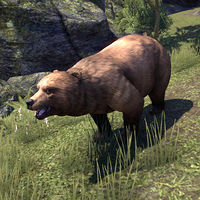 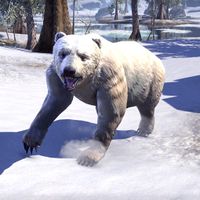 Bears are large, hostile creatures found across Tamriel. They will attack if you are infringing on their territory, and will always roar or growl in an effort to intimidate potential threats before attacking. Bear carcasses can sometimes be harvested for cloth scraps that can be refined for use in crafting.