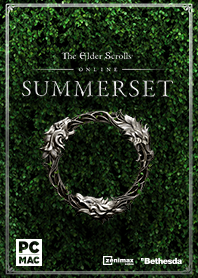 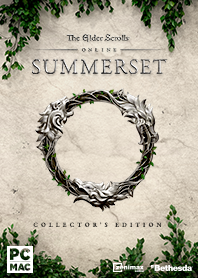 The Elder Scrolls Online: Summerset was the second Chapter of The Elder Scrolls Online. It is an expansion set on the main island of Summerset Isles and Artaeum. Similar to the first Chapter (Morrowind) it has been demoted to DLC after next chapter release - Elsweyr. The expansion includes an all-new zone packed with adventure, the ability to join the Psijic Order, a new crafting Skill Line related to jewelry, a new Trial, and a new storyline.

Summerset is now included with ESO Plus and can be purchased from the Crown Store. Certain promotional bonus content was available with Summerset; see the Queen's Bounty Pack and Collector's Edition for details.