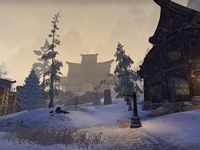 Voljar's Meadery is a meadery in northern Eastmarch, west of Windhelm. The meadery consists of a farm, a farmhouse and a tavern. Many chickens can be found on the farm. A list can be found in the barn. Rageclaw's Den lies to the west.

A camp full of Stormfist loyalists can be found off a path to the north. After the local objective is complete, the Stormfist soldiers in the camp become neutral, and will no longer attack you on sight. The Stormfist camp has a cooking fire in it. 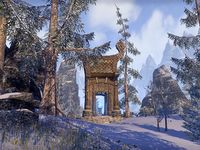 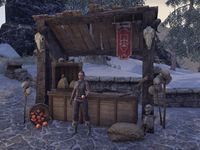 This Elder Scrolls Online-related article is a stub. You can help by expanding it.
Retrieved from "https://en.uesp.net/w/index.php?title=Online:Voljar%27s_Meadery&oldid=2391372"
Categories:
Hidden categories: