Online:Temple of the Ancestor Moths 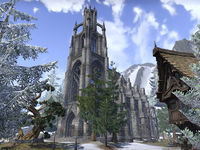 Temple of the Ancestor Moths

The Temple of the Ancestor Moths is a temple in northeastern Cyrodiil, southeast of Kingscrest Keep and southwest of the Scroll Temple of Chim.

Moth Priest Crassius Viria leads what is left of the Cult of the Ancestor Moth, and can be found inside the chapel. A number of Elder Scrolls were formerly stored here and read by augurs, but they have all been stolen by the combatants of the Alliance War. A Skyshard can be found in the catacombs beneath the chapel. 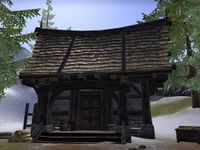 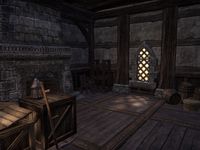 A small building situated at the foot of Temple, beside the path that leads up to it. It contains a lorebook and number of crates. There is also a chicken coop outside it with a single bantam guar. Bellona Novatian and Marinus Laeca are found near it. 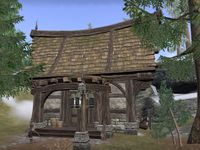 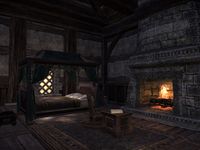 A small house west of the Temple. It contains a lorebook, a fireplace, as well as a bed and numerous containers. Ashen-Skinned walks to and from its porch. 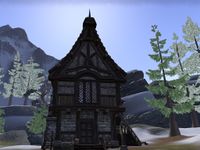 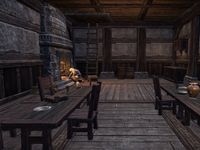 A large building containing a Dining Hall at the bottom floor and Barracks at the top one, found east of the temple. In the Dining Hall, the book When the Dragon Broke is found on a table, as well as a number of cooking ingredients around the room. Advir, the chef, resides here. 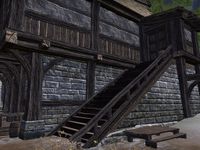 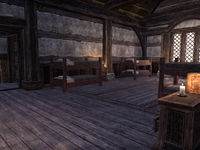 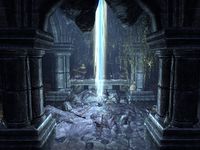 Skyshard in the catacombs 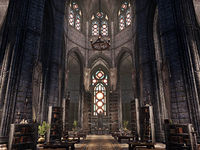 The eponymous Temple of the Ancestor Moths is a large chapel found at the center of the settlement. A small graveyard is located on the west side of it. Stained glass frescos of the Eight Divines and banners of the Cult of the Ancestor Moth are shown on its walls, and it can be entered only through the front door. A statue and an empty Elder Scroll pedestal are found inside it towards the northern part, a copy of Rislav the Righteous, Part 1 in the south, and a number of bookshelves are scattered all around. A door to the Catacombs of the Temple of the Moth [sic] is found underground near the entrance, which contains a staircase leading to a Skyshard.