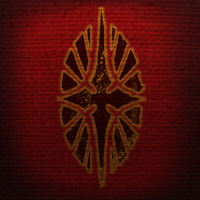 "Reality is a game, mortal. Learn to play, or resign yourself to becoming one of the pieces that is meant to be sacrificed." — Meridia 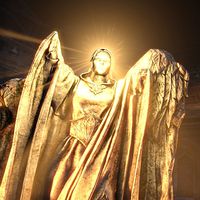 Meridia speaking through her statue (ESO)

Meridia, Lady of Infinite Energies,[1] the Radiant One,[2] the Lady of Light,[3] the Prince of Life,[4] is a Daedric Prince, associated with the energies of living things.[5] [6] Meridia was an extremely important figure for the Ayleids, as she was considered the personification of their fourth element, light.[7]. She has a great and everlasting hatred for the undead and will greatly reward any who eliminate them from the world. As such, Meridia has a reputation for benevolence,[4] and is one of the few Daedric Princes who is usually not considered to be wholly evil.[8] Her day of summoning is the 13th of Morningstar.[9]

In spite of this, she is referred to as the Glister Witch[10] or the Lady of Greed by those who view her less favorably,[11][12] with a habit of collecting live human specimens to satiate said greed.[11][12][12] To her enemies, Meridia is know for her violent loathing of disorder, irrational anger towards entities she deems impure, and hatred of mortal free will and defiance.[13][14] As with most Princes, Meridia sees mortals as "assets" primarily for use as a means to an end.[15][13]

Meridia (originally known as Merid-Nunda) was believed to have been one of the Magne-Ge, a family of divine beings that fled to Aetherius soon after the creation of Mundus. For supposedly consorting with illicit spectra, she was cast out of Aetherius and took the mantle of a Daedric Prince. She created her realm of Oblivion, known as the Colored Rooms, by bending and shaping the rays of light from Magnus, the sun,[7] The Colored Rooms are inhabited by the Aurorans and Golden Saints.[13]

Meridia can bestow upon mortals immortality, at the cost of their will, becoming those known as the Purified; slaves to her command, cleansed of disease, death, and free will.[14] People who join the ranks of the Purified are both those that willingly pledge to serve Meridia and the unwilling, such as those that defy her.[4][16][17] Meridia also granted immortality to her champion, Umaril the Unfeathered, the ancient Ayleid enemy of Pelinal Whitestrake.[18][19] Her Aurorans and Umaril returned during the time of the Oblivion Crisis to seek vengeance on the Divines.[20]

Her sphere of energy and life often brings her into direct conflict with many of the other Princes of Oblivion.[21] The most notable example of these feuds is her eternal battle with the Daedric Prince of Domination Molag Bal, Father of Undeath.[22] During the waning days of the Ayleid Empire, Meridia would be responsible for the destruction of the Mola Gbal-worshipping Ayleid city of Abagarlas,[20] commanding her knights in the Meirida-worshipping Ayleid city of Delodiil to invade after discovering a great and terrible weapon known as the Mortuum Vivicus was gifted to Abagarlas by the Lord of Domination himself.[23] This feud would continue well into the Second Era, where Meridia's assistance was instrumental in stopping Molag Bal's Planemeld. Denizens of Molag Bal's realm of Coldharbour refer to Meridia as the Shining Bitch, and her worshipers are often locked away and tortured within the Lightless Oubliette.[24] Her other notable enemies include Nocturnal, the Daedric Prince of Darkness who once drained Meridia of her power in her quest to rewrite reality,[25] and Ebonarm, the God of War who dislikes most Daedric Princes.[26]

Ancient texts claim that Merid-Nunda, False Spirit of Greed, The Orphaned Glimmer is the daughter of Magrus, who loved only himself and his own creations. Magrus did not take a mate but instead forged children of the aether. Merid-Nunda is a cold spirit, born of light without love. She is intellect without wisdom, knowledge without purpose. She is the consort of demons, and some songs blame her for orchestrating the death of mighty Lorkhaj. When Merid-Nunda dared assault the Lattice with intent (being the first to do so, alongside Dagon and Molagh), Azurah struck her down before the Varliance Gate and dragged her away from it. She then cast Merid-Nunda into the Void and bound her there with mirrors. The nomads say she has since escaped.[27] Modern Khajiit may not acknowledge the Merid-Nunda myths, as the Riddle'Thar cult altered or removed many of their deities following the creation of the Elsweyr Confederacy,[28] and she is not mentioned in the modern creation story told by Clan Mother Ahnissi.[29]

Sometime after the Alessian Slave Rebellion,[30] various Ayleid kingdoms launched a desperate search for the fabled Wrathstone, which they believed would lead them to a weapon that would be their salvation against the encroaching forces of the Alessian Empire. An expedition marched to the Dwemer city of Mzulft, in the hold of Eastmarch in Skyrim, where it was rumored the Wrathstone was held. The Ayleids besieged Mzulft, but failed to breach it or retrieve the artifact.[31] At the time, the Ayleids were unaware that the Dwemer only possessed the left half of the Wrathstone, and that half was stored not at Mzulft, but at nearby Kagrenzel.[31]

After the failure of the raid on Mzulft, Meridia appeared to her faithful with a cryptic warning that the Ayleid Empire would soon fall, and gifted the right half of the Wrathstone to the city of Garlas Malatar.[30] At the time, Garlas Malatar was ruled by King Narilmor, who was one of Meridia's most devout and favored adherents after Umaril the Unfeathered.[32] To keep his piece of the Wrathstone safe,[30] Narilmor did not provide aid nor asylum to the desperate Ayleid refuges from other kingdoms, and locked them out of his city.[32] The inhabitants of Garlas Malatar were not heard of again. Although Garlas Malatar was eventually besieged by men, some accounts have suggested that the attackers did not even make it inside Narilmor's city before it collapsed into ruin; it was suggested that the city fell from within, brought down by internal conflict or sabotage.[32]

During the Planemeld and the Three Banners War, Cyrodiil was left in ruins and the provinces were divided by the few were left to oppose the invading Daedra. Meridia had her servant, Sees-All-Colors, assassinate the leader of the Fighters Guild in order to assume the role of guildmaster. Under Daedric command and funded by the wealth of Meridia's worshippers, the guild began refusing all other contracts and focused its efforts on destroying Dark Anchors and opposing Molag Bal's schemes.[33] Meanwhile, the Five Companions were reformed by the arrival of the prophesied Vestige, who freed the Companions from Bal's clutches and reclaimed the Amulet of Kings, defeating Mannimarco in the process.[21]

Meridia has gifted many different Daedric artifacts to her champions over the years, though some of these relics are associated with other Daedric Princes. Sometime around 3E 405, an agent of the Blades received the Ring of Khajiiti from Meridia after defeating a sorcerer who betrayed her.[11]

In 3E 433, Meridia charged the Champion of Cyrodiil with the task of destroying necromancers who were raiding tombs for corpses to raise an army of the undead, again in return for this ring.[34] The same hero also defeated her champion, Umaril the Unfeathered, who had returned from Oblivion after his defeat in the First Era.[20]

Meridia offered the sword Dawnbreaker to the Last Dragonborn in 4E 201 in return for helping her cleanse her temple, which had become tainted by a necromancer and the shades of the corpses he desecrated.[35]

The Colored Rooms are a realm of Oblivion, created and ruled over by Meridia, known as the Daedric Prince of Infinite Energies. From what little has been seen of the Colored Rooms, they seem to resemble a cross between a coral reef and a vast field of floating stones, strewn with colorful trails of dust or cloud. The "ground" between the stones looks like luminescent water, but is solid enough to walk on.

Aurorans and their warhorses are the spawn of Meridia that reside in the Colored Rooms, being made from pure light and have skin tones of virtually any hue. Golden Saints are also purported to reside in the realm. The Colored Rooms have been described by those souls who have been there as "pretty boring" aside from Meridia's lectures (which are described as "pretty boring" as well).

This Lore-related article is a stub. You can help by expanding it.
Retrieved from "https://en.uesp.net/w/index.php?title=Lore:Meridia&oldid=2192456"
Categories:
Hidden categories: