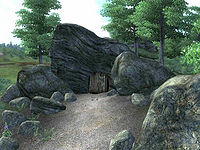 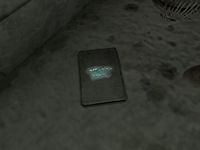 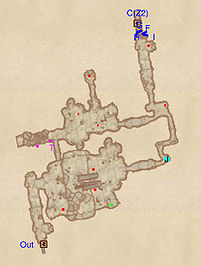 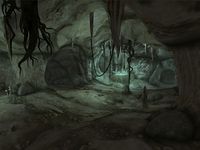 Sideways Cave resembles any other cave for its first section, with the corridor leading to a room with a large chasm. The plateau across the room can be reached by descending into the chasm (either by jumping below or walking down a formation of rocks). From there, a corridor leads to a room with a cave-in trap to the west and an opening to the east, which leads to two paths. The path on the northern side of the room leads to a dead deer, while the path to the east splits into two more corridors; one leading to the second plateau and the other to Sideways Cave - Hidden Lake. Follow the path to the plateau and you will find a corpse of a treasure hunter. Continue on to the plateau where a chest to the south lies buried underneath a heap of skeletons. Once done here, head on to Hidden Lake. 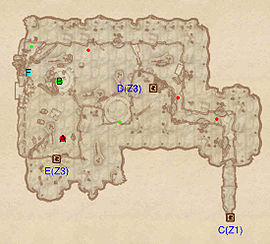 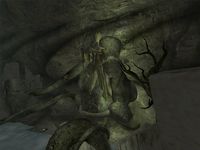 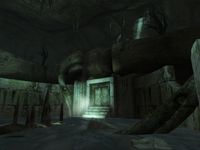 While the previous section is unremarkable, Hidden Lake opens up into a fairly linear narrow chasm filled with shallow water. Broken boats and remnants of an Ayleid ruin litter the flooded chasm. The chasm soon becomes less narrow as it opens up into a large cavern with Ayleid arches and more ruins. On a large stone ring on the southern wall of the cavern is a cask and two skeletons (one of them underwater). Another cask lies in the middle of the cavern and another in the far northwestern corner of the cavern (mostly hidden by water; an Ayleid tablet lies a short way from the cask). Near this cask is a rock-covered statue of Meridia. The plateaus above are not meant to be reached and contain nothing of interest, but it is possible to get up there by way of a long root near the southwestern door to Sideways Cave - Lost Abagarlas (though high acrobatics might be necessary). A door leading from Lost Abagarlas is on a ledge overlooking the middle section of the chasm. 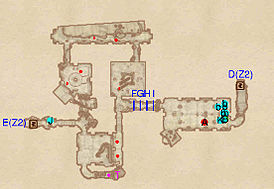 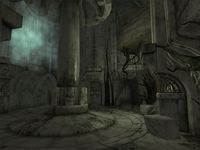 The southwestern door from Hidden Lake opens into a partly destroyed corridor, where a second Ayleid tablet lies on the ground near a skeleton. The corridor then splits into two. The room to the south holds a few potions, but a cave-in trap prevents one with low Acrobatics from going up the stairs. The room to the north holds enemies and goes on downstairs to a pathway destroyed by roots. The pathway goes on, with stairs going up to a room which continues to the room with the cave-in trap. The last corridor, guarded by gates that open as you approach, leads to the last room, where a few casks, another Ayleid tablet, and a dead scholar can be found. A short corridor at the back of the room leads to a door which takes you back to a ledge in Hidden Lake.