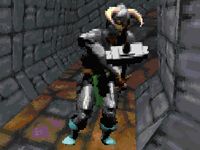 The sorcerer doesn't want to pay up 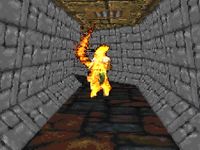 Beware of the Fire Daedra the sorcerer can summon... 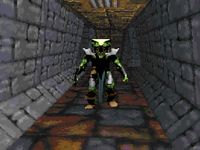 ...as well as the Daedroths

The Ring of Khajiit

Meridia speaks to you:

"Oh, yes my dear, I think I can help you with your ambition. If I give you something quite valuable, will you do something for me first?"

"You will? Oh, that's very sweet. Much sweeter than a certain Sorceror [sic] I know named (sorcerer's name), who made a certain arrangement with me, but decided later to renege. If you would be so kind as to pay (sorcerer's name) a visit and let (him/her) know that such ungallant behavior is fatal. Then go to my dear friend, (worshipper's name), who will wait for (time limit) days for you at (building) in (town), and give you my Ring of Khajiit when you arrive. It's just the thing you need. Now, you'd best be off. Be careful."

"Oh, that's a shame. As a friendly warning, bad things happen to greedy (player's race) adventurers willing to take, but not willing to give."

Travel to the dungeon named by Meridia and enter it. Once inside, find and kill the sorcerer. There may be multiple enemies of this type within the dungeon, but you must slay the specified target to successfully complete the quest. You will know you have found the target as when hit for the first time, the sorcerer says:

"So, Meridia sends her lackeys against me. But I am not without allies of my own. Come to me, children of Oblivion! Serve your master (sorcerer's name) in (his/her) hour of need!"

...and summons several Daedra for assistance in the fight. Kill them all. When the sorcerer dies, you receive a notification:

(Sorcerer's name) lies dead at your feet. Lady Meridia is now in your debt.

Once your job is finished, exit the dungeon. Travel to the town and building where Meridia's worshipper awaits to complete the quest and receive your reward.

Speak to Meridia's worshipper after the sorcerer is dead and be told:

"(Player's name)? I'm (worshipper's name). I believe you're looking for me. I have here the Ring of Khajiit, as Meridia promised. Meridia is impressed with you for fulfilling your end of the contract, I might add."

If you ask an NPC about Meridia's worshipper, you may hear:

If you ask an NPC about The Ring of Khajiit, you may be told:

Dialogue intended for NPCs that was mistakenly not implemented would have read as follows: