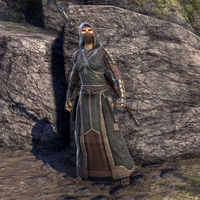 The Akaviri Style is a crafting skill that can only be learned by reading its individual chapters. These chapters can only be bought from War Researchers in Cyrodiil using Alliance Points. Crafting Akaviri items requires

Goldscale, which can be made by refining ten

Ancient Scale (also bought from Siege Merchants). Like all styles, it is purely cosmetic. Items will have the same stats regardless of the style you use.

The following Sets, sold in Cyrodiil, are in Akaviri Style:

The following sets were previously in the Akaviri style, and are now in Covenant, Dominion, and Pact styles:

This Elder Scrolls Online-related article is a stub. You can help by expanding it.
Retrieved from "https://en.uesp.net/w/index.php?title=Online:Akaviri_Style&oldid=2136158"
Categories:
Hidden categories: