Crown Crates are item bundles obtainable from the Crown Store containing four or five collectibles and utility items randomly chosen from a certain pool. Crown Crates are opened from the Crown Crate UI (default key: F3), which summons Pacrooti. Opening a Crate will result in Pacrooti dealing four (or rarely five) cards, which can then be turned over to reveal your rewards. "Preview Crates" grant only three rewards. The pool of possible rewards is called a "Season", and these cycle quarterly.

. The 15-pack is occasionally discounted for ESO Plus subscribers. 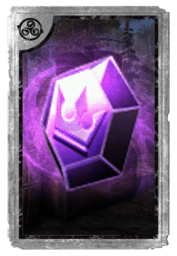 Gems can then be spent in the Crown Store to obtain specific items from the current Season. These are divided into price tiers, as indicated on the individual crate theme pages. Some items cannot be bought with Gems and must be obtained through Crates. 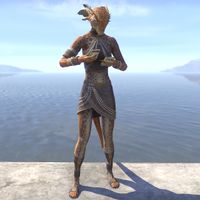 A player in the Crown Crate menu