It was the master summoners of the Direnni who first discovered that a conjurer could impose any desired shape on a Flame Atronach. For centuries the conjurers' standard spell for summoning Flame Atronachs has been Koron's Peremptory Summons, which is easily modified to change both the duration of the summoned atronach's binding and its form—for example, into that of a Senche-Tiger. 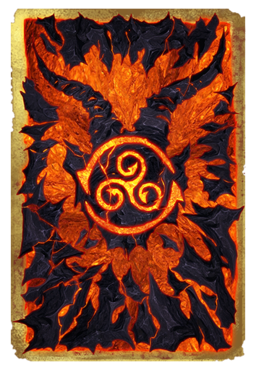 This Season has a Flame Atronach theme. It was available from November 28, 2017 to March 14, 2018. Up to three Flame Atronach crates could be earned during the promotional preview event, which were delivered on the day the Season started. Flame Atronach crates may also be earned via the Level Up Advisor at levels 20, 30, and 50, though only once for each level. A second character attaining these levels will not receive an additional crate. The possible rewards are as follows, grouped by rarity with Radiant Apex rewards being the rarest: