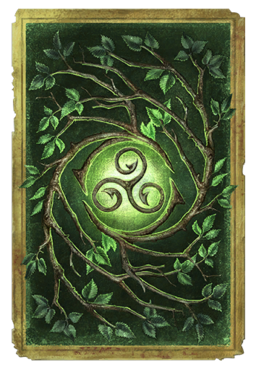 In the Beginning Times, Y'ffre's Naming gave all the creatures of Nirn their shapes. When the Wood Elves invoke the Wild Hunt, creatures forget their Y'ffre-taught shapes and shift into unnatural forms. It's a dangerous power, because once unleashed, it's almost impossible to control, and the effects may spread beyond what was intended. Wild Hunt-affected creatures revert to the shapeshifting chaos of the Dawn Era, becoming part plant and part animal, as wonderful as they are abominable.

This Season has a Wild Hunt theme. It was available during the second quarter of 2017. This crate briefly returned from December 11 to 14, 2017. The possible rewards are as follows, grouped by rarity with Apex rewards being the rarest: