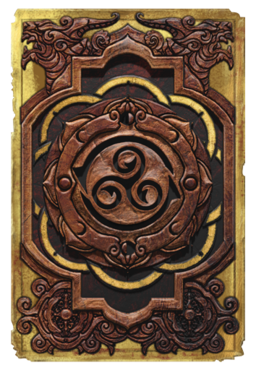 The rattle of trinkets, the hiss of a tambourine, and the creak of a wagon’s wheels can mean only one thing: Baandari! These famed Khajiiti nomads travel the width and breadth of Tamriel, reveling in the freedom of the open road. While some regard these colorful wanderers with suspicion, others know that there’s no better place to find unusual treasures than the back of a Baandari cart. So, step right up, walker, and have a look at these exotic wares!

This Season has a Baandari Pedlar theme. It first became available on July 3, 2019. They are themed after Northern Elsweyr in lieu of the release of the Elsweyr Chapter, with the Baandari Pedlars in mind.

The possible rewards are as follows, grouped by rarity with Radiant Apex rewards being the rarest: