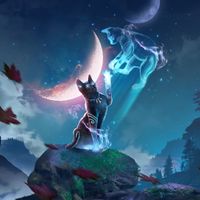 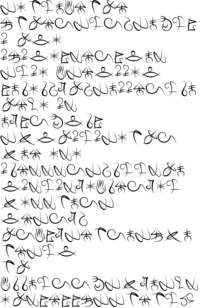 Text of an Illusion spellbook

Illusion is one of the six schools of magic. It is similar to Alteration magic in that it seeks to change the world around the caster so normal physical truths no longer hold, but while Alteration magic is bound by the laws of nature, Illusion magic is not. Its weakness comes from the fact that while Alteration affects the entire world, Illusion magic affects only the caster and the target.[1] Illusion spells can change a target's visibility, produce or remove light, produce or remove noise, charm a creature, induce hatred in it or calm it down, enhance or remove a creature's courage, prevent a creature from seeing or moving, or allow the target to see even in total darkness. The ability to enforce the caster's will on a target is also now part of this school, despite having once been considered to be Conjuration magic.

Possibly the most infamous use of Illusion magic came in 3E 389 when Jagar Tharn used it to imprison Uriel Septim VII and assume his shape, enabling him to rule the empire in his stead for a decade.[2] In 3E 431, the Council of Mages decided that Illusion magic in Cyrodiil was to become the responsibility of the guildhall in the town of Bravil.[3]