The UESPWiki – Your source for The Elder Scrolls since 1995
< Skyrim: Skills: Combat(Redirected from Skyrim:Tempering)
Jump to: navigation, search 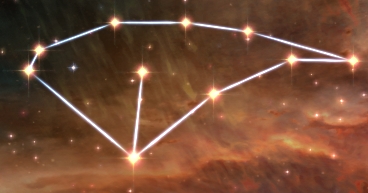 * The Dawnguard add-on changes this description to "Can create Dragon armor and Dragonbone weapons at forges, and improve them twice as much".

Smithing can only be performed at certain locations such as a Blacksmith's shop. In these designated areas you may find several types of tools:

Source materials for smithing are created at other workstations. The following tasks are not directly governed by the Smithing skill, however:

Since the left-hand branch includes medium-quality heavy armor (steel plate, via the Advanced Armors perk), the left-hand branch can also be a good choice for heavy armor specialists. Also note that damage reduction from armor maxes out at 567 displayed armor rating, which can be achieved with nearly any armor in the game given sufficient improvements via tempering and armor skill. Therefore the difference in armor rating between Dragonplate and the best heavy armor, Daedric, is not necessarily significant. The lighter weight of Dragonplate armor may be of more importance, unless you have either the Conditioning perk or activate The Steed Stone, both of which negate the adverse effects of heavy weight.

The available weapons are also an important difference between the left and right branches. Both ebony and Daedric weapons are better than glass ones, which is the best type offered by the left-hand branch. However, when upgraded to Legendary quality, the damage difference between a glass weapon and a Daedric one will be less than 10% (exact number depends on weapon type). The Dawnguard add-on also adds the ability to create the even stronger Dragonbone weapons, provided the respective perk is purchased.

Using the Grindstone/Workbench allows the refinement of weapon/armor depending on the character's Smithing level. The levels of item qualities are Fine, Superior, Exquisite, Flawless, Epic, and Legendary. The Smithing level required to unlock these qualities depends upon whether the character has the Smithing perk of the item's material. Unlike Enchanting, the same improved weapon/armor can be modified again if your Smithing skill increases or by using potions or enchanted apparel that provide a Fortify Smithing effect: this of course costs another ingot of whatever metal or item is involved in improving it.

QualityLevel The exact rating boost is based on your effective skill (accounting for skill level, perks, enchantments, and potions). In detail:

Note that the final rating increase can be a non-integer value. Damage calculations will use the exact (real) rating boost, but you'll see a rounded version of the number in the game menu. Armor ratings are rounded up to the nearest integer, while weapon damage is simply rounded to the nearest integer.

With a base smithing skill of 100, the relevant armor smithing perk, four 29% fortify smithing enchantments, and a 130% fortify smithing potion, the effective skill equals 874.84 (item quality = Legendary 26), which yields a bonus of +93 to chest armor and +47 to other items -- 234 total without a shield. Without the perk, the same yields an effective skill of 444.07 (item quality = Legendary 14), or 49 and 25, respectively - 124 total. Due to the fact that a full set of perks in the relevant armor skill plus 100 skill points gives an approximate multiplier of 4.375 to armor rating, and because a full suit of armor provides an additional 100 pseudo "armor points", with an only slightly better set of enchantments and potion, you'd be able to bring armor with zero armor points up to the cap of 667 - and none such exist. This is why it eventually doesn't matter what you're wearing - any armor suit in the game can reach the cap.

Note that perks may not allow you to improve items any better with them as soon as they become available; for example, you can purchase Steel Smithing at skill level 15, but you will not actually be able to temper Steel items any better than without the perk until skill level 22.

As a general rule, the progression of weapon and armor you can make yourself is consistent, dependent on your access to Dragonborn, Dawnguard, and the unofficial Skyrim patch:

For shields, see the Block article for a more in-depth analysis of which materials make the "best" shields.

As a result, the result of proceeding up each "side" of the perk tree (at the fork at Steel Smithing, with Elven to the left and Dwarven to the right) depends on installed DLC and mods; assuming you have the patch, here is how it varies by DLC, listing only the armor you can make when you take the perks, assuming tempering, and ignoring Ancient Nord/ Nord Hero:

The "greediest" path for Heavy Armor/Weapons with all DLCs and mods is therefore: Steel Smithing, Elven Smithing, Advanced Armors, Glass (for better weapons), then save up perks until you can buy past Dwarven and Orcish to reach Ebony, then buy Daedric for the Heavy Armor if you need it, and Dragon Armor for the weapons. Light Armor/Weapons is more straightforward: Steel for the weapons, Elven, either buy Advanced for lighter weapons or save up until you can buy past it to Glass, then wait on Dragon Armor; you can spend 3 perks buying Ebony Smithing for the Light Armor step between Glass and Dragonscale, as well as the next weapon step, but the difference is relatively insignificant by this point.

One of the benefits of Smithing is that you can make entire armor suits provided the raw materials, allowing you to force the appropriate skill's matching set perk to apply, rather than relying on finding the gear you need. An emergent behavior is that your armor suits will steadily outpace anything your foes are wearing, as none of them wear smithed gear, and because most of the smithing perks have prerequisites, they functionally end up implying an even higher armor value than may be immediately apparent, because you will always end up tempering your manufactured gear. One of the results of this is that you will often end up better off in "worse" armor you made and tempered yourself than you have found while adventuring, because your access to the relevant smithing perk means your tempered armor rating is better, even if you tried to temper the item you found.

Here is a recap of the basic smithing quality table, but with the results combined to show you the benefit for a full suit:

This is why, for example, if you have picked up Advanced Armors and are wearing Nordic CarvedDB armor, anything better you can't temper is underwhelming, and spending perks on better Heavy Armor has such diminishing returns. Sticking with our example, suppose you have 80 levels in Smithing, so with 3 perks to burn you can reach Ebony Smithing, your Nordic Carved Suit is already tempered to 137; without tempering perks, this makes it the best in the game (Daedric would temper to 133) for you, and spending the necessary perks would only get you 140 with Ebony or 146 with StalhrimDB, neither of which is substantially better than 137. Those same perks would get you more protection spent on the appropriate Heavy Armor perks, and similarly, let you deal more damage spent on the appropriate weapon skill perks.

Animal hides provide plenty of free leather, and are lighter than the leather created from them. Process them into leather just before creating or upgrading items. Leather bracers provide the most XP per leather.

For the fastest leveling, make sure you have the Warrior Stone active (20% faster), and have slept in the past 8 hours (+5–15% faster, depending). You should also consider completing the quest Unfathomable Depths (see §Bugs).

XP gain for smithing an item follows the following formula:

Because of the flat 25 XP for each item created, it usually is of greater benefit to craft many cheap items than few valuable items. For example, making 5 iron daggers requires 5 iron ingots and gives (38.4 × 5 =) 192 XP. Making one Iron Armor uses the same amount of materials but yields only 94.2 XP. In case the crafting recipe produces several items, like Gold Rings or Nails (with Hearthfire installed), item value refers to the cumulative value of the produced items.

Combining gold or silver ingots with gems increases the value of the item and thus the skill gain. For example, using an additional flawless diamond to craft a gold diamond necklace (see Jewelry) boosts XP yield to 163 XP per ore, albeit flawless diamonds can only be obtained after level 40. Gems can be pickpocketed from rich people or found in dungeons - or in some cases the treasure chests in people's homes: if you bother to complete the Crown of Barenziah and get the Prowler's Profit ability, you will end up with far more gems than you can ever possibly know what to do with. See the following table for a comprehensive list of XP gains using gems:

where Δitem value is the amount that the item's gold value increased from the improvement, and Q is the quality number of the item (Q = 0, 1, 2, ... is No Improvement, Fine, Superior, ...). Note: the reason that the delta value is used instead of the item value is because calculating the delta of enchanted items using the multipliers doesn't work, and the multipliers are not always accurate on non-enchanted items either.

With Dawnguard installed, Iron Arrows are a good way to level up Smithing at low levels. A stack of 24 Iron Arrows gives almost as much XP per ore as a Gold Ring, without the necessity of learning Transmute. Dwarven Arrows are even better, if you have the Dwarven Smithing perk. Collect all Dwemer scrap metal that you find in your travels. A couple of Dwemer ruins can yield 100 ingots; carefully collecting every bit of available metal in every Dwemer ruin will yield over 1200 ingots, producing over 28,000 arrows which can easily raise your Smithing level by 40 or more. You can wait to sell the arrows (e.g. to vendors with low gold who cannot afford your better loot) since they weigh nothing. Other types of arrow are generally less efficient, since other metals require two ores per stack of arrows.

With Dawnguard, complete the Lost to the Ages quest and create the Aetherial Crown. Use the Crown to gain both The Warrior Stone and The Lover Stone effects, granting a 35% boost to Smithing XP. Acquiring the Ancient Knowledge ability gives you an additional 15% boost. And, finally, sleeping in a bed you own can give you a 10% (15% with a spouse) bonus. This adds up to a potential 65% boost to XP when Smithing. Note that you must store the Lover Stone effect in the Aetherial Crown, and remove it before sleeping to gain both bonuses. Also, the sleeping bonus is prevented if you are infected with lycanthropy.

Two achievements are related to Smithing: