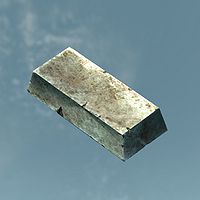 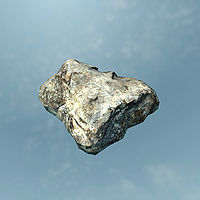 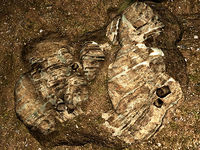 Silver is a valuable metal that can be used to forge silver jewelry, and an armor set with the addition of the Alternative Armors - Silver Creation. It is also notable as the primary source of Markarth's wealth, due to the infamous Cidhna Mine, owned by the influential Silver-Blood clan. As a result, a popular saying is:

Blood and silver are what flows through Markarth....

Large amounts of silver can be found in Markarth, both in the mine and in various homes and businesses in the city itself.

Silver Ore can also be created by transmuting Iron Ore (and can in turn be transmuted into Gold Ore).

There are a total of 95 veins, 30 ores, and 119 ingots available in the game. Only notable locations are included in the following list, including places where large amount of the mineral may be found and places that are particularly easy to access. The Silver Veins category contains a more complete list of places containing single veins. All exterior ore veins are shown on (map). Note, however, that only 50 veins are shown on the map at one time; to see the rest of the veins, click on "Next" at the bottom of the list of results.

Silver jewelry can be forged from the start of the game, without the need to unlock any Smithing perks, while Silver Armor requires the Advanced Armors perk.

Appears only with Alternative Armors - Silver

Silver Armor is added by the Alternative Armors - Silver creation. A full set can be recovered through the quest When the Cat's AwayCC, while also appearing in random loot starting at level 10. Forging Silver Armor requires Advanced Armors perk.

Its armor rating surpasses Orcish armor but weighs more, also no shield exists. But more importantly, the set lacks a material keyword, and therefore does not benefit from the Matching Set perk. 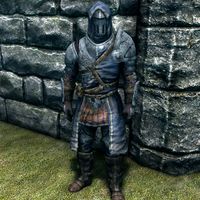 ¥The Enhanced Crossbow has an additional property: Attacks with this crossbow ignore 50% of armor.
†This item can only be crafted by siding with the Dawnguard.

The gemstones not listed here can instead be used to create Gold jewelry. Note that although your in-game inventory shows the weight of a ring as 0.3, the true weight is 0.25. Therefore the two Silver Rings crafted out of one Silver Ingot have the exact same weight and value as the Silver Necklace that could instead be crafted.