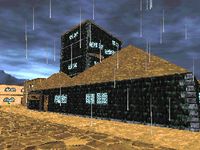 The Mages Guild is an inter-provincial organization under a council of five archmagisters, dedicated to the study and application of magicka. The Guild is the official center of magical study in Tamriel, and has existed for at least a thousand years. It is often described as a school or club for mages; a place for spellcasters to congregate, study, experiment, and learn from one another. Applicants must show a minimum of magical ability before being granted admission, although the Guild does offer limited services to non-members. Most major towns in the Iliac Bay region have a Guildhall where spells and magical items are sold. 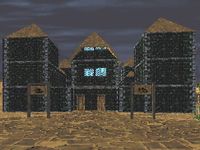 The Mages Guild of Sentinel City

The Mages Guild offers many magical services; members and non-members may purchase spells or have enchanted items identified, for a price. Members, depending on rank, may also receive training in the various schools of magic, use the library, buy soul gems, purchase or create magic items or spells, summon daedra, and use teleportation services. Joining the guild requires fair aptitude in at least one school of magic.

The Guild also offers a variety of quests to adventurers. Most of these involve casting a spell such as Open or Sleep, protecting the guild, fetching an item, or killing an evil mage. Many of the Mages Guild quests also have you help out or step on the toes of other factions, so tread carefully.

The guildhalls of the Mages Guild come in a wide variety of building shapes and interior designs. While these vary widely from each other, the mages within will always be found in the same places across identical floorplans.

Your guild rank is determined by a combination of your reputation with the Mages Guild and your two highest skills associated with the Guild:

Advancing in rank within the Mages Guild affords the following advantages:

The Guildmagister is the head of a local Mages Guild guildhall. He or she offers a wide array of quests for guild members, a limited number for non-members, and any promised rewards for those quests. A guildhall's Guildmagister can usually be found standing near the main entrance.

The Odylic Mages specialize in perfoming Item Identification services within the guildhalls of the Mages Guild. If you find a magic item in a dungeon or receive one as a quest reward, for a fee they will tell you what enchantments it contains.

These services are available to everyone at a relatively low cost. The exact cost depends upon the value of the magical item and your reputation with the Guild.

The Academics are the spell merchants of the Mages Guild. Their spells are available for purchase by members and non-members alike. The price of a spell depends on the quality of the current guildhall, your mercantile skill, and also your current reputation with the Academics.

Unlike most types of Guild mages, there may be multiple spell merchants in a single guildhall.

The Patricians offer training and scholarly services within the Mages Guild. A Patrician can be found at every Mages Guild guildhall. Training services are reserved strictly for guildmembers.

The Isolationists are the mages who can help you use the Spell Maker service within the Mages Guild. The Spell Maker is available to guildmembers only.

Since the cost of this service depends entirely on the created spell, your reputation with the Isolationists will not affect the price of their services.

The Utility Mages trade in magical items and soul gems to guildmembers of the appropriate ranks. The prices offered by the Utility Mages for these goods depend upon factors such as your mercantile skill and your reputation with the faction.

The Crafters are the mages who create enchanted items for the Mages Guild. Their services are reserved to members of the appropriate rank. Since the cost of creating such an item depends entirely on any applied magical effects, your reputation with the Crafters will not affect the price of their services.

Not much is known about the Cabal of the Mages Guild. It is generally supposed that their power comes from summoning great Daedra Lords and Princes. They are the cloaked, glowing-eyed mages who perform Daedra summoning for members of the Mages Guild. The price of this service depends entirely on your reputation with them.

The Travelers League is made up of the mages that offer teleporter services within the Mages Guild. Their services are free to members of the appropriate rank. Beware, the trip is one-way.

The following quests are offered by the Mages Guild:

Note: quests are offered based on rank or character level, whichever is higher.