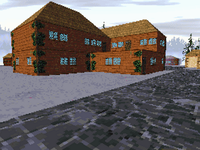 The Dark Brotherhood is the (un)official Assassin's Guild of Tamriel, and one of several joinable factions.

The Dark Brotherhood is a mysterious organization, often hired to carry out assassinations. Its members have a reputation as maniacs and Daedra worshippers. This is not altogether false; in fact, some describe the Brotherhood as a religious group of sorts devoted to their patron, the Daedra Prince Mephala, and headed by a mysterious figure known only as The Night Mother.

The Brotherhood has been in existence for thousands of years, and in that time, most kingdoms have declared it to be an illegal organization. But it's one thing to make a declaration...

Your guild rank is determined by a combination of your reputation with the Dark Brotherhood and your two highest skills associated with the guild:

Advancing in rank within the Dark Brotherhood affords the following advantages:

As you advance through the ranks, your will be lauded for your accomplishments.

"It would appear that the Dark Brotherhood was wise in recruiting such of you. Our confidence in you has grown, and it is only right to give you an increase in rank within the Brotherhood. Consider yourself starting today a full-fledged Journeyman. Our chemists have been instructed that you are permitted to buy potions and poisons from their wares, so you needn't visit the Mages Guild any longer. I would also like to give you the location of another graveyard you ought really to be acquainted, random dungeon. Here it is, on your map. Once again, my congratulations, Journeyman."

"So far, you have proven yourself to be more than a common thug, Player First Name. We have decided to promote you within the Dark Brotherhood. Beginning today your rank is Slayer. Now, in addition to the regular training we provide, you have access to our cauldron. There are a number of very clever poisons that have come from that tub. Finally, let me give you the location of another graveyard you may find interesting, random dungeon. I'll mark it on your map. Congratulations, Slayer. So far, so bad."

"I think it's about time you received an increase in rank to match your value to the Dark Brotherhood. Others agree with me, so you may now assume the illustrious mantle of Punisher of the Dark Brotherhood. As a Punisher, you are permitted to deal in soulgems with our soul procurer. It's a nice method to add more profit to punishment -- the souls of your victims can fetch a decent price among those who want a spirit to bind in enchantment rites. Of course, you can buy soulgems from the procurer as well as sell them. I also wanted to show you a new graveyard in region, random dungeon. I think you will find it very interesting indeed, Punisher."

"Player First Name, you have a callous disregard for human life, a disgusting nonchalance about accepting gold for murder. We couldn't be more delighted with you. The Brotherhood has chosen to once again promote you in our ranks. You are now Assassin player name. It is more than a title, though. It means that you can now speak to our Spymaster, the character who keeps us informed about the newest, most important happenings in the Iliac Bay region. I can give you a little rumor myself. There's a cemetery called random dungeon, with the most delightful treasures and surprises. I know you'll love it. Here, I'll mark it on your map, Player First Name. Or I should say, Assassin Player First Name." 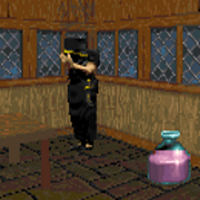 A Mixer at the potion maker

The Dark Mixers are the Brothers who offer potion making services within the Dark Brotherhood. They allow all members of Slayer rank or higher to make their own potions, provided they have the required ingredients.

Mixers can be found on the first floor and their services are free. 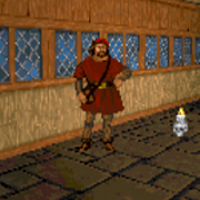 Venom Masters are the potion sellers of the Dark Brotherhood. They sell a random assortment of potions to all members of Journeyman rank or higher. The cost of these potions is influenced by your reputation with the Venom Masters. They can be found on the first floor. 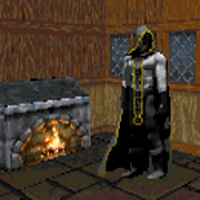 A Slayer offering a contract

The Dark Slayers are the guild Brothers who offer contracts (quests) to guild members. More often than not, the contracts these individuals provide will not have any particular reward attached, meaning the profit must come from selling treasure found in dungeons. They can be found on the second floor. 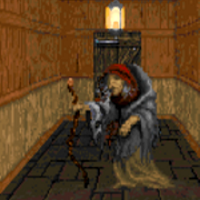 She sells soul gems for assassins

The Dark Binders sell soul gems to all members of Punisher rank or higher. Occasionally, you may be lucky enough to find filled soul gems available for purchase. As with other factions, your reputation with the Dark Binders will affect the price of their wares. They can be found on the second floor. 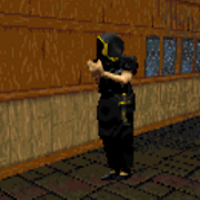 The Spymaster knows many things

The Dark Plotters are the Spymasters of the Dark Brotherhood, who provide credible information and rumors. These services are free, and available to any member with a rank of Assassin or higher. They can be found on the second floor. 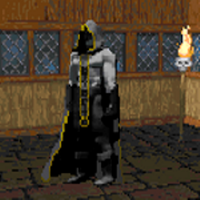 Trainer of the Dark Brotherhood

Dark Trainers are the Brothers who offer training services in any skill associated with the Brotherhood. They can be found on the first floor.

The cost of training services is dependent on your character level, 100 gold per level to be precise. As with all skill training, Dark Trainers can only train a skill up to a maximum of 50%. Because the cost of a training session depends entirely on your character level, your reputation with the Dark Trainers will not affect the price of their services.

Note: Dark Brotherhood quests are offered based on rank only, and not character level.

A guildhall of the Dark Brotherhood is always a two-level orange building, which is marked automatically on the town map once a member enters a town or city for the first time. This building can also be the quest location of many of the various quests that take place in the local town.