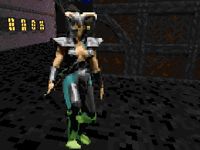 The guards have a warrant, at least 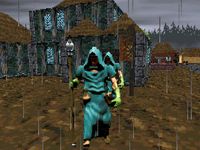 The Mages Guild searches for your employer 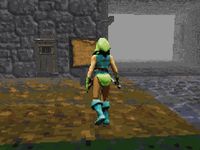 You may have to sneak past the Thieves Guild 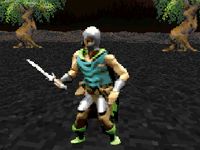 Speak to a merchant or innkeeper, who greets you with one of:

"Blessings upon you (player's name). I travel light, so I'm ready to go. I know you don't work for free. Take me to (building) in (destination town) and I'll pay you (random gold) gold when we get there."

"I guess I'll have to find someone else to protect me on my journey."

Escort your employer to the destination town. When you arrive, you will be ambushed by a faction that is interested in capturing your employer. There are four possible groups that can be after you: warriors from the Town Guards, Mages Guild mages, thieves representing the Thieves Guild, or assassins belonging to the Dark Brotherhood. Each has a 25% chance of appearing as the ambushing faction. Depending on which faction is after your employer, your attackers will say when hit:

This will be followed by:

(Employer's name) says, "Ha! I hired this (player's race) to protect me from this. (Player's name), are you going to turn me over?"

If you hand over your employer your opponents will cease attacking you, but you will be unable to complete your given objective. Thus, the quest will end here. Immediately following this, another message pops up:

(Employer's name) is slain right before your eyes.

If you choose to defend your companion, the attacker replies:

"Have it your way. Kill them both!"

Fight off any enemies and loot the corpses if you wish, then proceed to the target building to complete your mission.

Note that whatever choice you make here could be considered both success and failure; depending on which faction is after you, it may be to your advantage to betray your employer. If you manage to get your employer into the destination building without engaging your pursuers, your reputation with them will not be touched. However:

When you enter the destination building, your employer parts ways, saying:

"Ah! (Building)! You have fulfilled your part of the bargain. Here is the gold I promised you."

However, if you fail to make it to your destination in time, your employer leaves in a huff without paying you:

"Are you lost, (player's name)? I guess I'll have to find my own way to (destination town). Thanks for nothing, worthless wretch."

If your employer is wanted by the Town Guards, your actions will influence your Regional Reputation as shown in the table below.

If you turn your employer over to one of the other factions, you will gain reputation according to the table below.

If you defend your employer you will lose reputation according to the table below.