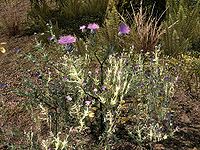 This article is about the plant. For the rabbit added by Pets of Skyrim, see Thistle (creature).

In terms of combinations of two ingredients, Thistle Branch can be combined with 41 other ingredients.

46 guaranteed samples can be found in 36 different locations. Locations with the multiple samples are: 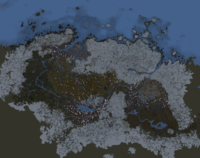 A map of all thistle plants in Skyrim's overworld.

775 thistle plants are found in 119 different locations. Locations with the greatest numbers are: