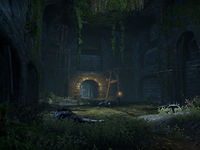 Lambent Passage is the section of the Imperial Sewers closest to Daggerfall Covenant territory. It contains the Daggerfall Covenant Base and allows access to the Elven Gardens District and Nobles District. It connects to the Vile Drainage in the northeast corner, and also contains an entrance to the White-Gold Tower group dungeon and the Ancient Underground.

Gati has discovered a new route to the realms of Oblivion.

Battle Gates is the western area of this section of the Imperial Sewers, right next to the Daggerfall Covenant Base. It is inhabited mostly by (enemy types?) and patrolled by (?) of the Coldharbour Elite Guard. The entrance to the Ancient Underground can be found in this area.

The cruel wards of Zamachar nurture only the strongest foes.

Nocere Oblitus is the eastern area of this section of the Imperial Sewers. It is inhabited mostly by (enemy types?) and patrolled by (?) of the Coldharbour Elite Guard. A Daedric Portal can be found in the small middle room on the eastern side of this area. 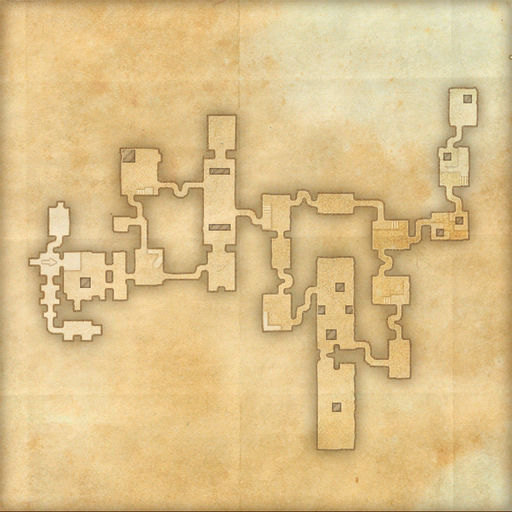 A map of Lambent Passage

This Elder Scrolls Online-related article is a stub. You can help by expanding it.
Retrieved from "https://en.uesp.net/w/index.php?title=Online:Lambent_Passage&oldid=2334299"
Categories:
Hidden categories: