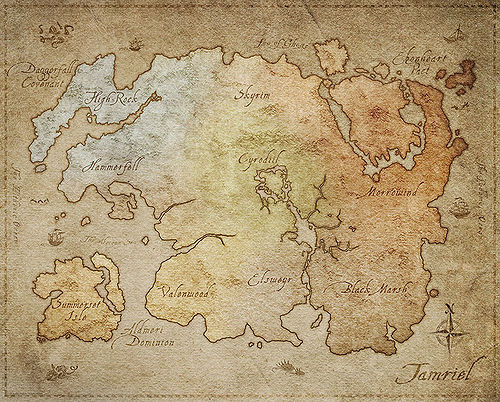 The official map of Tamriel

This is a general hub page for all relevant maps related to The Elder Scrolls Online. Individual locations can be found through the places page.

When you open up the Map menu in-game, passing players will see you looking at a map of Cyrodiil.

Our ESO Map (work in progress)
Tamriel — A map more clearly colored by Alliance
Regions — All regions from before the launch of Tamriel Unlimited, labeled
Regions and Sub-Regions — All launch regions and sub-regions, labeled
Zones — A map showing the current regional divisions
Aurbis — A cartographical representation of the currently-accessible regions on a universal scale
Vvardenfell — The map of Vvardenfell that came with the Morrowind Collector's Edition
Summerset — The map of Summerset that came with the Summerset Collector's Edition 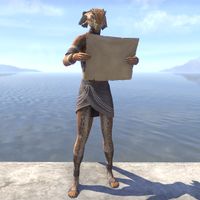 A player looking at their Map

More detailed maps of specific locations are provided throughout the site on the appropriate articles. Specifically:

On the compass and map, icons for locations first appear when you get near to that place, or if you have been previously told about it. Once "Discovered", the icon will always be shown. White icons are places that you have "Cleared" or "Completed", while black icons indicate locations that are "Incomplete". Some locations cannot be completed, and these turn white as soon as they are discovered.

These are the icons used on the in-game map.

This Elder Scrolls Online-related article is a stub. You can help by expanding it.
Retrieved from "https://en.uesp.net/w/index.php?title=Online:Maps&oldid=2502128"
Category:
Hidden categories: