The UESPWiki – Your source for The Elder Scrolls since 1995
< Elder Scrolls Online: Quests: Summerset / Story Quests
Jump to: navigation, search

Ritemaster Iachesis remembers a woman's voice, whispering ancient words over and over. He thinks these words are tied to the place where he hid the Heart of Transparent Law. Before we breach the barrier, we need to determine what the words mean. 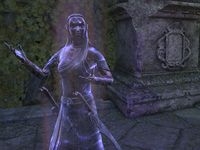 "Tell the Ritemaster. It's a spell of retrieval." 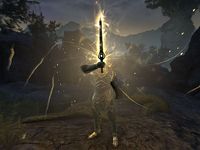 "Tell me when to unleash Dawnbreaker's power!" 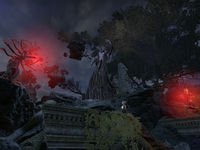 "Look, Mephala. The mortal hid the Heart inside his own body. How clever!" 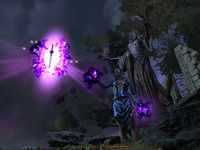 "Meridia's vessel. You have no power here."

The solution to getting through Ebon Stadmont is in the following passage of Grand Maestro Forte's Research:

"A pair of crows to begin your search,
Then a lone crow upon a perch,
But it's not one or two that open the way,
The crows will have their say."

This Elder Scrolls Online-related article is a stub. You can help by expanding it.