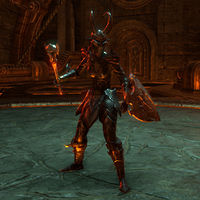 Skaafin are a race of horned, yellow-skinned, red-eyed humanoid Daedra associated with Clavicus Vile. They vary significantly in size, with some being quite small in stature to others being as tall as Altmer. They can be found in Vvardenfell,

and the Ventral Terminus. 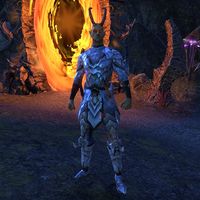 This article is about the Daedra. For the cat in Skywatch, see Herne (cat).

Herne are a race of horned huntsman Daedra previously seen in service to Mehrunes Dagon. Only one appears in the game, and it is technically a renamed Skaafin.