The dar-m'Athra are the stealthiest of the dro-m'Athra, and therefore rarely seen, except for a final glimpse as one kills you.

There is no better bait for a trap than temptation and no better lure than seduction. This suggestive ensemble will enhance your allure and disarm your prey until it is far, far too late. 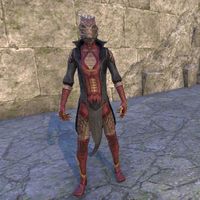 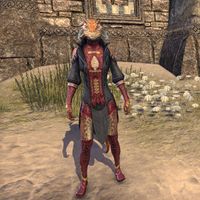 (The gold pieces, such as the clasps on the bodice, the ornamentation on the boots and the claws on the gloves are not dyeable.)

This guise enables its wearer to assume the grim aspect of a Dark Seducer. 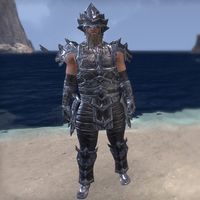 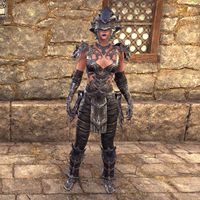 Far from town, temple, and market, those of ill intent meet in secret conclave to importune the forces of darkness for power and mastery. Behold here the dire raiment they don for this fell purpose. 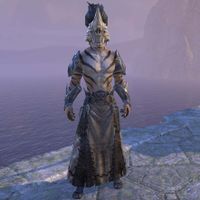 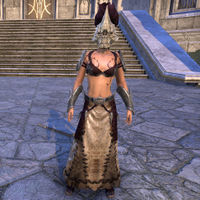 Celebrate Aiden Direnni's victory against the Alessian Army on the Day of Release. Glenumbra's most ebullient celebrants don this festive garb, and you can too! Spend a memorable day dancing, drinking, and toasting alongside them! 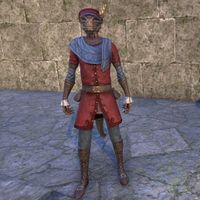 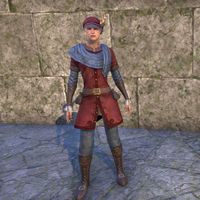 (The feathers in the cap, the buttons on the tunic, and the bootlaces and are not dyeable)

Non-Wood Elves might think it strange that Bosmeri Pod-Singers, who magically persuade Valenwood trees to grow into houses, wear clothes entirely made of animal leather and quills, but such is the mandate of the Green Pact. 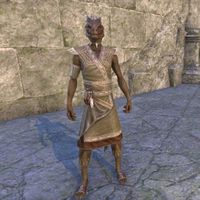 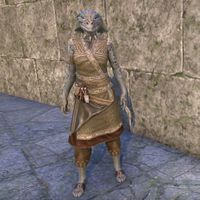 "We Redguards are a hardy people," says designer Sar'aq of Sentinel, "and like to stage our ceremonies outside—regardless of the weather. With this elegant overdress, a lady can celebrate the most festive of occasions—even in a sandstorm!" 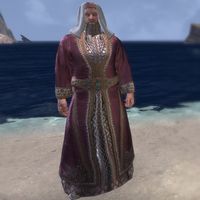 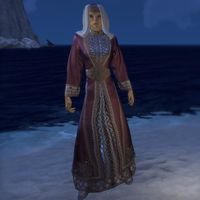 . Available as an Epic-level reward in Scalecaller Crown Crates.

(Sides of veil, most of shoes, and some dress details are not dyeable)

When warrior-dos are "bent" into dro-m'Athra, they become that fearsome variety the Khajiit call a do-m'Athra.

"Covering yourself from head to toe makes perfect sense," says Moneriel of Elden Root, "if you're a Breton! Ha!" You'll feel free and easy in any social situation in this light doeskin-and-chamois affair accented with turquoise and sea-beads. 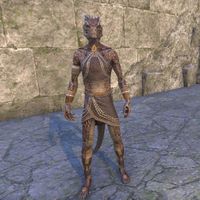 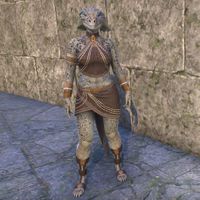 (White bangles and beads are not dyeable) 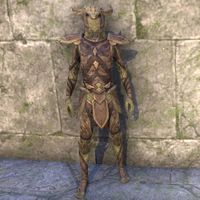 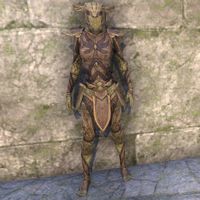 The Dominion Scout costume is part of the Woodland Scouts Pack, which was sold in the Crown Store for 00700700

from March 17, 2015 to September 1, 2016. This costume is also available as a Superior-level reward in Reaper's Harvest Crown Crates.

Once, it is said, a cult of Dragon-worshippers ruled all of northern Tamriel. Their leaders were Dragon Priests, cruel clerics of great power who hid their faces under magical masks. Now you can wear the semblance of these legendary magi. 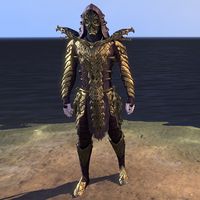 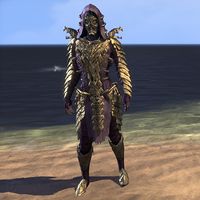 Tales have come down to us from the legendary time of the Dragons, when it was said that some Nords were born with Dragon blood in their veins. Now you can wear the look of these legendary Dragon Warriors. 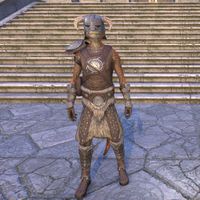 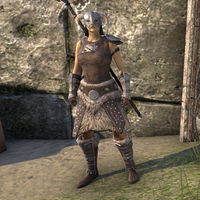 The Dragon Warrior costume was previously sold in the Crown Store for 010001,000

from May 5, 2016 to September 1, 2016. It is also available as a Legendary-level reward in Reaper's Harvest Crown Crates.

Sar'aq of Sentinel presents a comfortable, casual linen outfit that's suitable for both town and country. This billowing tunic and breeches ensemble will "flow wherever you go," as the designer puts it. Includes a broad and colorful sash! 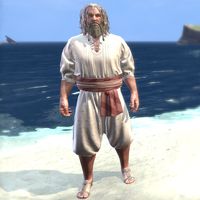 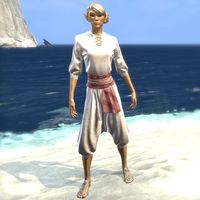 (Sandals are not dyeable)

Ready to adventure in places filled with hideous monsters, traps, and other surprises? Dress appropriately with the Dungeon Explorer costume! Equipping this costume will hide your shield when stowed. 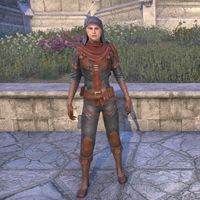 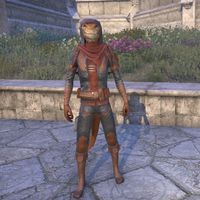 Available as a Legendary-level reward in Potentate Crates. This costume hides the wearer's shield when their weapons are sheathed.