When a member of the Elder Council must go to war, he or she dons the traditional armor of the Imperial Chancellor. 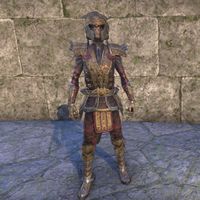 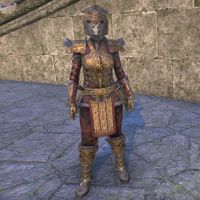 Dyeing
Slot 1: Main armor and helm details
Slot 2: Trim on all armor
Slot 3: Stripes on arms and legs, skirt and under-shoulder trim, back of helm

(Gold details are not dyeable)

"In this shimmering satin confection, you'll look your best while pouring out a libation to the Divines," says Diocletia of Skingrad, "or just toasting your friends at the corner tavern. Class always tells!" 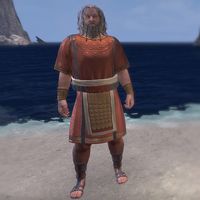 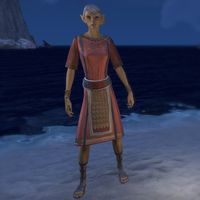 from (?) to November 6, 2017. It is also available as an Epic-level reward in Hollowjack Crates.

(White edging on sash is not dyeable)

This splendid costume replicates the armor worn by a Centurion of the Imperial Guard, the Emperor's personal bodyguards. 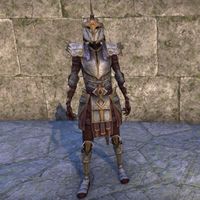 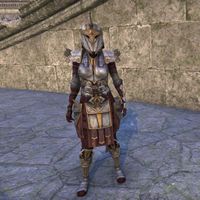 (Gold shoulder clasps and red diamond on helm are not dyeable)

"If an innkeeper dresses like a soiled bar rag, imagine the state of the linens. You want to run a respectable establishment? Dress the part!"—Medresi Grulathil, Tailor 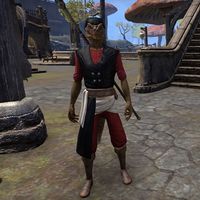 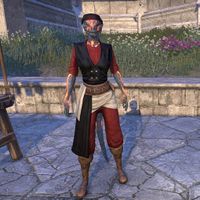 Available as an Epic-level reward in Nightfall Crates.

(The belt and boots are not dyeable)