Cavalier of the Sworn Oath[edit]

A mix of metal and leather melded with the hide of a great snow bear, fashioned to pay tribute to Malacath, the Furious One. 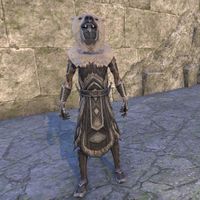 Cavalier of the Sworn Oath (male) 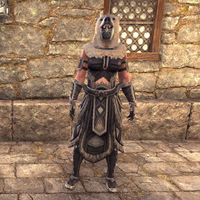 Cavalier of the Sworn Oath (female)

The Cavalier of the Sworn Oath costume is acquired by completing the quest A Cold Wind from the Mountain.

This costume replicates the dress armor of an Imperial Centurion of the Legions of Cyrodiil. 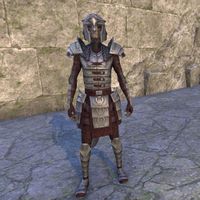 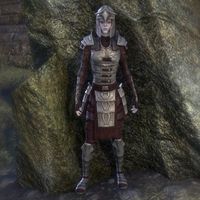 This costume replicates the field armor of an Imperial Centurion, the outfit worn on the battlefield. 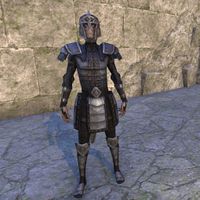 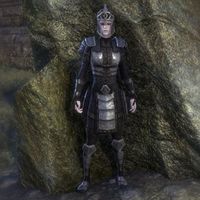 Dyeing
Slot 1: The dull brown plates on the bottom of the helmet, the pauldrons, the chainmail pieces, the lower three plates on the loincloth, the front of the boots, and the front of the breastplate.
Slot 2: The diamonds on the knees of the boots, the trim on the helmet, the middle pauldron plates, the top section of the loincloth, the diamond on the belt, select spots on the hip guards and forearm plates.
Slot 3: The black parts, including the sides of the top of the helmet, the fabric trim surrounding any plate armor, the trim going down the center of the breastplate, the pants and all cloth/leather.

A high-end chef's outfit that indicates the wearer is a provisioner supreme. 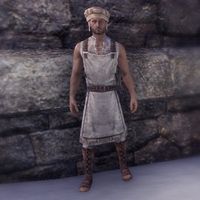 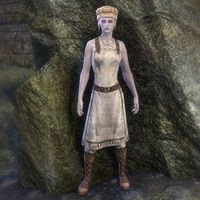 Designer Diocletia says, "For a true Imperial, simple does not mean unsophisticated. Our City Isle Tunic Dress is inspired by the elegant lines of Second Empire attire, but updated with a contemporary bias cut." 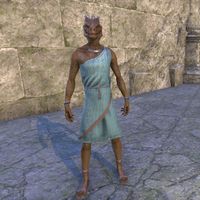 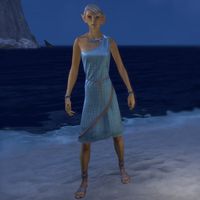 (Belt is not dyeable)

The classic dark-gold armor worn by Ordinators of the Tribunal while keeping the peace and combating heresy in Mournhold and its surrounding regions.

Part of Ordinator Armor Pack which was sold in the Crown Store for 010001,000

. It is also available as a Superior-level reward in Dwarven Crown Crates.

(The inner arm portion that extends from the elbow up to the shoulder cannot be dyed.)

Lady Eloisse, the designer, says, "A Breton woman likes to add a touch of feminine flair to her otherwise practical clothing. She wants her attire to say she's a lady, no matter what she's doing." 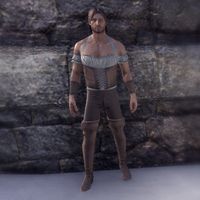 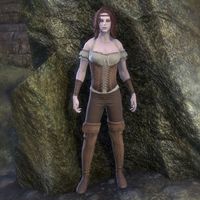 Corseted Riding Outfit costume. Sold in the Crown Store for 00500500

from December 17, 2015 to (?). Also available as a Superior-level reward in Gloomspore Crates.

The Court of Bedlam may be a cult of angry and vengeful Daedra worshipers, but there's no denying they have a certain sinister sense of style. Adopt their distinctive look with this ominous costume. 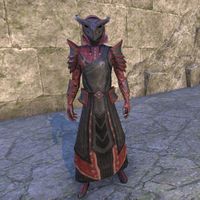 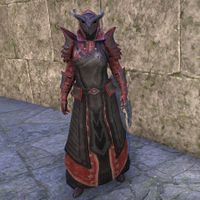 Awarded for pre-order of Summerset.

(Horns are not dyeable) 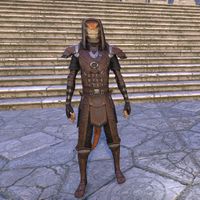 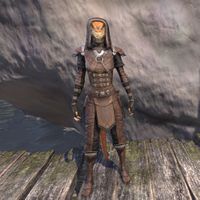 A bandit-style costume. Part of Stealthy Rogues Pack which was sold in the Crown Store for 00700700

Lightweight thieving outfit of dark-gray padded cloth and leather, with a feature-concealing half-balaclava. 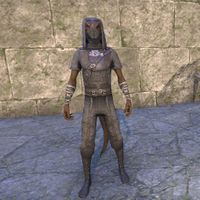 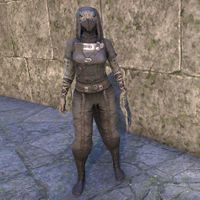 A bandit-style costume. Part of the Stealthy Rogues Pack which was sold in the Crown Store for 00700700

Inspired by the elegant formal gowns of the Sapiarchs of the Crystal Tower, designer Estinwe Silkdancer says, "Now you, too, can have the mysteries of the Dawn Era at your fingertips—or at least look like you do!" 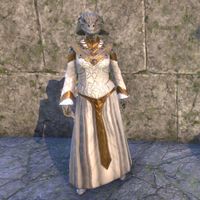 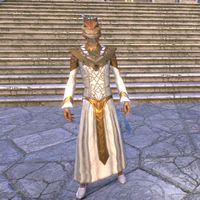 (The white cuffs and the jewel accents cannot be dyed.)

"Tailored from sheerest linen, as daring as it is discreet, this aristocratic town gown is suitable for Cyrodilics of either sex," says the renowned Diocletia of Skingrad. "Whether you're dining or dancing, shopping or just showing off, this is for you." 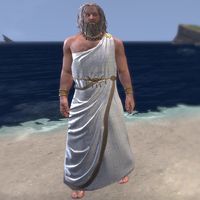 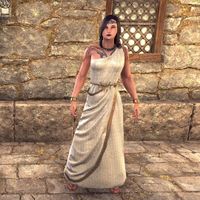 from (?) to June 3, 2017, it is now available as an Epic-level reward in Baandari Pedlar Crown Crates.

You'll look every inch the aristocrat in this formal wrap gown from Diocletia of Skingrad, paired with a splendid gorget of hammered gold dripping with Imperial diamonds. Get haughty! 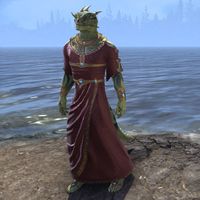 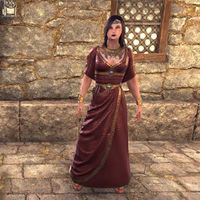 (Blue gems are not dyeable)