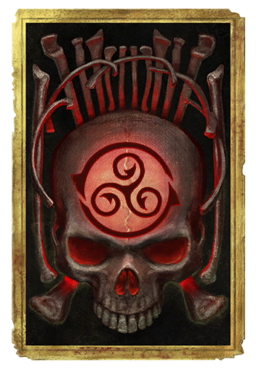 Tamriel's covens of witches and warlocks spent all year crafting necromantic objects of dark delight for the season of the Witches Festival. The sale of these occult oddities and twisted treats are usually restricted as contraband goods, but in honor of the Witches Festival they may be freely sold or given as gifts. (Please note that the merchants of Tamriel will not accept responsibility for curses bestowed or injuries sustained through the use of these arcane artifacts.)

This Season has a Witches Festival theme. It was available from September 28, 2017 to November 28, 2017. Up to three Reaper's Harvest crates could be earned during the promotional preview event, which were delivered one day before the Season started. The possible rewards are as follows, grouped by rarity with Apex rewards being the rarest: