The UESPWiki – Your source for The Elder Scrolls since 1995
< Online: Places: Malabal Tor / Towns / Quest Hubs
Jump to: navigation, search

Vulkwasten is a settlement and brewery in central Malabal Tor. A Skyshard can be found in the northern part of the town, near Borwiian's House. A cat and her three kittens can be found on the ledge overlooking Tanglehaven, between Vulkwasten and the Hoarvor Pit.

The Bosmer of Vulkwasten raise Timber Mammoths. The town is known for its rotmeth, which is brewed using fermented meat and thunderbug organs. 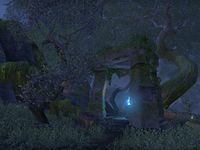 Vulkwasten Wayshrine is south of town. 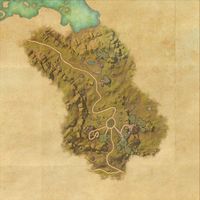 This Online-related article is a stub. You can help by expanding it.
Retrieved from "https://en.uesp.net/w/index.php?title=Online:Vulkwasten&oldid=2181200"
Categories:
Hidden categories: