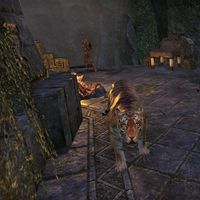 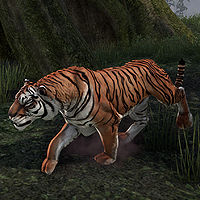 Senche-Tigers are trained Senche that serve as sentries for the Aldmeri Dominion during their occupation of the Hatching Pools in Shadowfen. They will see through the Keeper's Garb disguise (Obtained from Ceremonial Chests), while their Bosmer and Altmer companions will not. 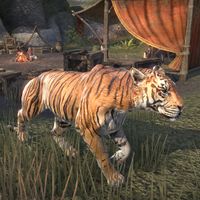 Senche-Tigers can be found in the wilds of Northern Elsweyr. They are primarily located in the northern portion of the region, in the Tenmar Borderlands near places like Rimmen and Sandswirl Manor. They can sometimes be found near unnamed cubs.

The following creatures are not tigers, but bear the name "Senche-Tiger" in-game: