Online:Castle of the Worm (place)

Mannimarco's stronghold in Coldharbour, the Castle of the Worm is a monument to the necromancer's hubris. Built by soul-shriven slaves and dark magics, this castle is the final stop for countless innocents before their souls are stolen, turning them into mindless, undead slaves. 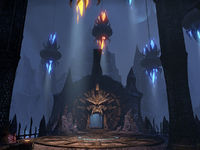 The Inner Keep of the Castle of the Worm

The Castle of the Worm is Mannimarco's stronghold in Coldharbour. The castle was built by Soul Shriven and dark magics, and is the final stop for countless innocents before their souls are stolen. The location is split into seven zones.

Svaritra can be found sitting in a chair west of the Ruined House. Across the street from her, a Record of Taxation for Year's End lies on the ground in a ruined home full of Soul Shriven. Famazar is rummaging through rubble on the porch of a house even further west than Svaritra. A soul shriven's diary can be found in the house behind him. A flesh atronach patrols the town's square. Gahznar lingers near the square. Helena resides in the camp by the river. Warden Cornexius and a Worm Cult Savage are confronting Cadwell in a ruined residence by the river. Thralls and Necromancers patrol the shanty town. 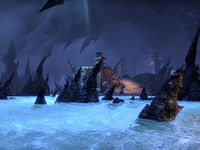 Corpse Tearers and Clannfear can be found feeding on bodies here. 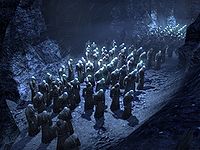 Soul Shriven in the Inner Keep

An Anchorite's Log can be found in the first chamber. The Haunter of the Cliffs can be found at the cliffs. You will create a Runty Flesh Atronach in the laboratory here. A Slave's Diary can be found on a natural stone pavilion overlooking a cliff. 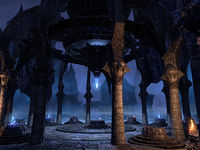 Dremora Kyngalds, Kynvals, Churls and Caitiffs will appear via portal to attempt to keep you from progressing along the path. Abnur Tharn labors here. Two Worm Cult Assassins are watching over Tharn. 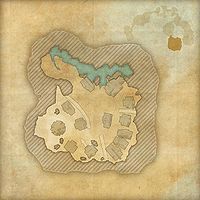 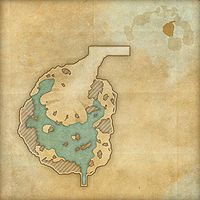 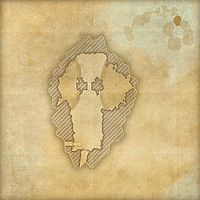 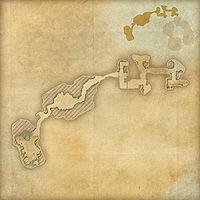 (right to left) Tower of Bones, Tower Summit, Path of the Scorned 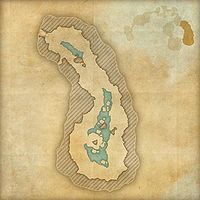