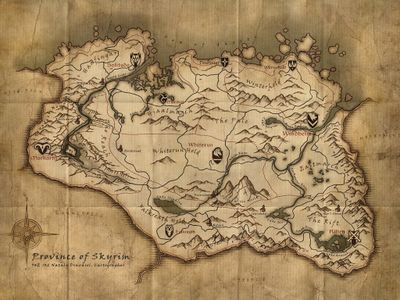 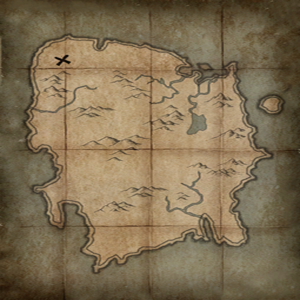 These are the icons used on the in-game map.
On the compass and map, white locations are places you have previously visited (and therefore may fast travel to), and those in black are undiscovered. Only the icons of places you've been to or you've heard about will show up on your map.