The UESPWiki – Your source for The Elder Scrolls since 1995
< Online: Places: Glenumbra / Elven Ruins / Delves
Jump to: navigation, search

The halls of lost Enduum are given a wide berth by the local Bretons, who claim that its corridors and chambers are haunted by ghosts of the ancient Ayleids who built them back in the Dawn Era. 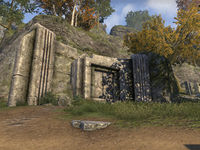 Enduum is an Ayleid ruin on the shore west of Camlorn in Glenumbra containing undead. During the Elsweyr Chapter prologue quest, you'll be sent here by Abnur Tharn to collect dusk mushrooms for Dagaril-dro. 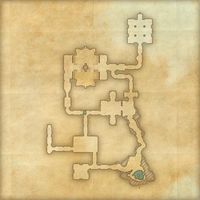 This Online-related article is a stub. You can help by expanding it.
Retrieved from "https://en.uesp.net/w/index.php?title=Online:Enduum&oldid=2161276"
Categories:
Hidden categories: